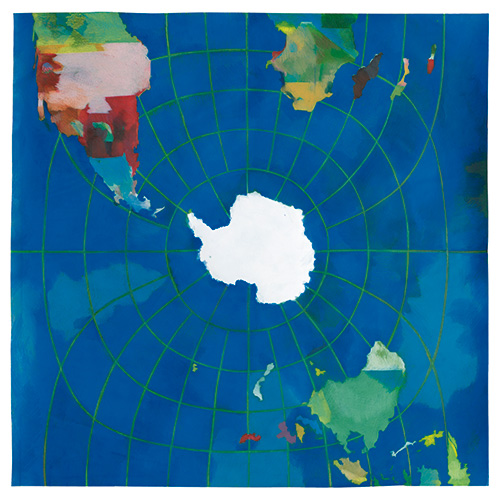 In 1977, the film »Powers of Ten: The Relative Size of Things in the Universe and the Effect of Adding Another Zero« showed how a change of perspective leads to the discovery of new strata of experience. The camera zooms out until it reaches the limits of the observable universe. Then it zooms back in until it arrives at a proton of a carbon atom. Shadow crystals. Hidden possibilities. In plain sight.

40 Years later, MYTHOS AMERIKA releases ANOTHER ZERO. Its four songs create an alternative history, one in which walls and borders disappear and empathy replaces money as the currency of the hour. A lonely existence in the isolated nation state is contrasted with the communal utopia of the global village.

MYTHOS AMERIKA is not afraid of cringe-worthy awkwardness. His music plays at being a hoax, a fake, a great swindle. Nothing could be more wrong! Far from being ironic postures, the songs want to be about everything and for everybody. No time for wounded vanities!

ANOTHER ZERO actualizes a myth originating in Buckminster Fuller's utopian futurism, as well as publications such as "The Whole Earth Catalog". Nevermind that the dream turned into a nightmare. Don't panic. Add another zero. The last frontier is still out there, just beyond our reach: it is the one that separates us from each other.