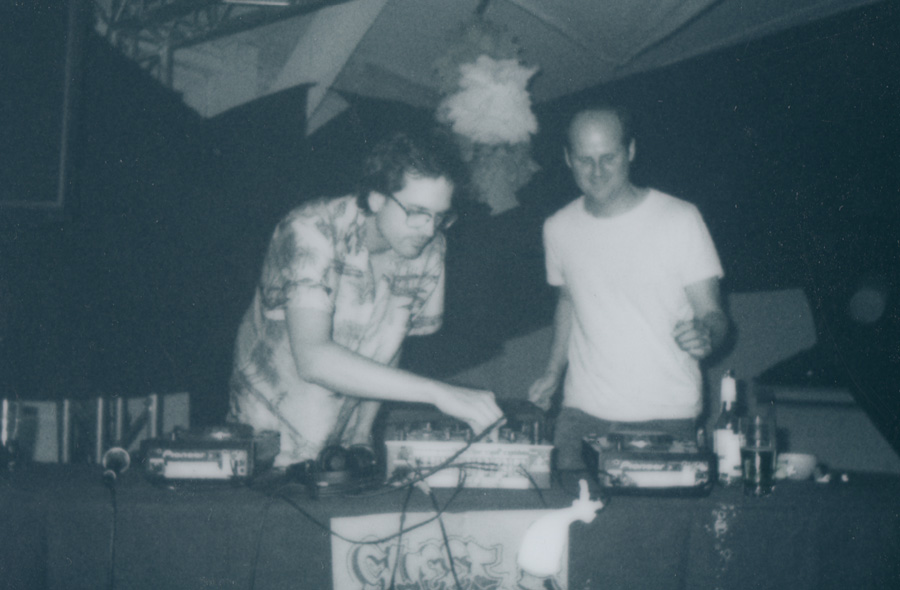 It was at the 1988 Kodak Conference on Obscure Dance Music in Dakar when DJ Galante and jeandado met the first time. Each of the two young men were searching for new ways of exploring the realms of space and sound. Galante had just finished conducting a series of Cajun recordings on the Acadian-Lafayette border while jeandado had spent months in a Laotian temple contemplating about the fresh creations that the clash of socialism and western rock 'n' roll had produced in southeast Asian villages around the Mekong Delta. Both young men agreed upon that music was the boiled-down juice of human experience and both found that mankind deserved a new spin on what was commonly referred to as dj culture. »But how can we deal with it and what if they don't understand?« Galante worried. »Let us use the system of order and chaos,« jeandado replied. And with a gaze at the horizon where the volcanic off-shore island stood as a reminder of evolutionary calmness, he added: »There will be understanding and there will be confusion. And that is okay.«