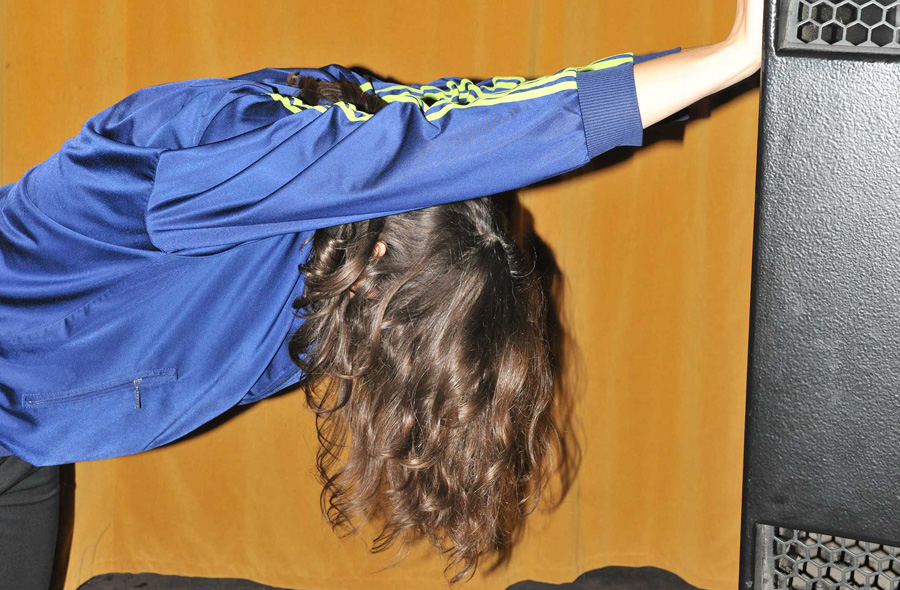 Her debut EP »Faux pas« is out via baumusik on December 5th, 2019. »Faux pas« is a 4 track EP (+ a bonus italo disco edit) lying somewhere between leftfield techno and broken beat, club-oriented electronica and wavy basslines with an industrial touch. It comes a couple of months after her debut release of »Ghaita la zorna du flohmarkt« on baumusik’s 3-year anniversary »KEDI« compilation.

Alongside her regular radio show "Borderclash" on Kölncampus, she hosts the »Etcetera with Monibi« show on Red Light Radio, Amsterdam.

She is part of the experiment-friendly, Cologne-based, label and artist collective baumusik. A true champion of eclecticism, Monibi delves into modern genre-bending underground productions inspired by the leftfield techno and house music traditions. In her sets she builds bridges between bass-minded electronic music and organic disco, afro, jazz flavours and anything she sees fit for the here and now.

In the last couple of years she has shown herself to be a versatile and forward thinking DJ in the Cologne scene. She has appeared in DJ booths at local venues such as Gewölbe, Studio 672 / Jaki, Acephale, but also in Berlin, Amsterdam, Marseille, Hamburg. One to watch.