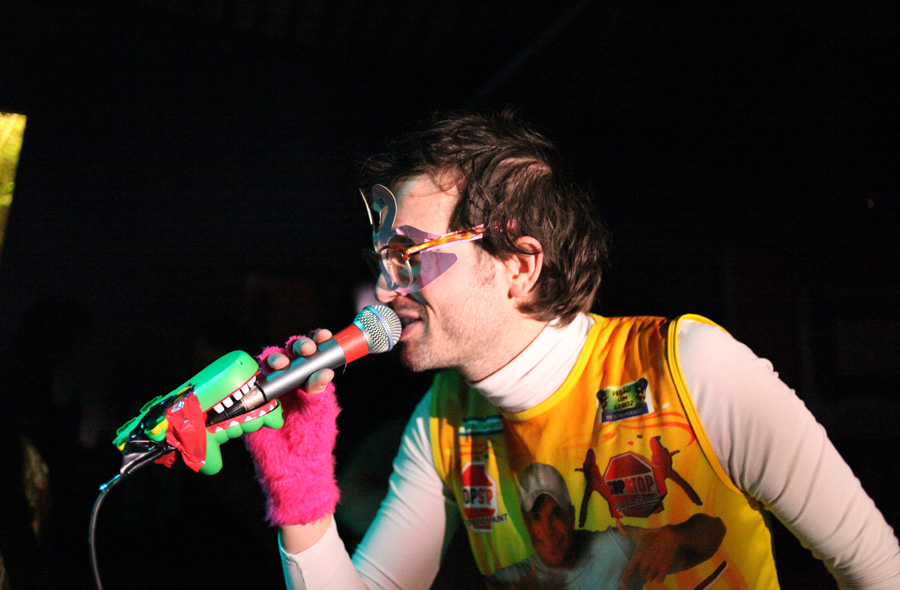 Who is Jeandado? He appears, swiftly, silenty, like a cloud or a horse. He is, of course, a musician. Unlike most musicians, most of his art is being done via his eyes and arms. He watches you and floats his arms like antennae. And then a beat sets in and a sound a bass and Jeandado begins to sing or rather, not sing. With „Im Rüssel“ („In the trunk“) he once again comes forth as one of the foremost interpreters of the music of Jeandado. To call „Im Rüssel“ techno would be like calling sweet birdsong „chirping“. Jeandado never chirps. He is, wholly and truly, a trunk man, a nozzle man, a probocis and beak man, a man to unite and transcend all of the sounds of the animal kingdom and all the sounds of man. Most of all, he sounds like Jeandado, a suprising feat and stunt most daring. Who else in this time and place would dare to be a Jean, a Dado or even … no one.