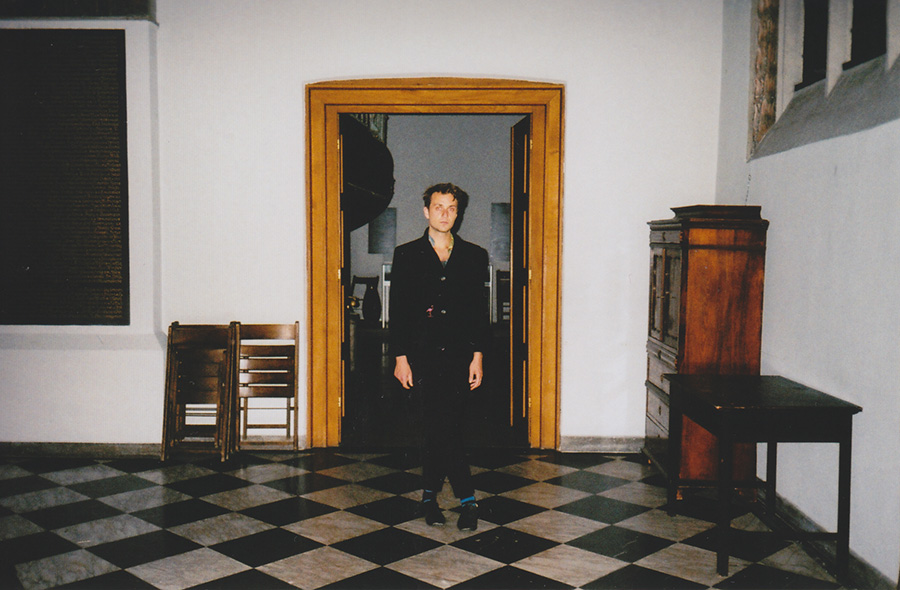 Having had no formal training in music, Antonio’s style transgresses and oscillates between contemporary classical music and techno culture. »Musik Wozu«, the name of his debut record translates to »why music« or »music, what for«- The album is not another contemporary piano piece trivializing the airwaves, it is not a compliant sound structure collapsing like milk froth on cold coffee. This is music coming into being, a minimalism born from intuition. On his debut for Düsseldorf based Hauch Records Antonio d. Luca renders pluripotency into a shape of intertwining opposites, thus refering to its graphic notation. One of his songs is a creedal dedication to the american composer Morton Feldman: nothing short of a commitment to friction and experiment - in order to push musical boundaries beyond convention and mere reproduction. Melancholy freezes. The track »Anopera« omits the cliche of urban beats, and instead lingering rhythm thaws - but this glacial stream silently and abruptly runs dry, only for »Mr.Universum« to majestically pace the sanctum. »Ascending A Staircase« appears as a counter to Duchamp's »Nude Descending a staircase« or Richter's »Ema (Nude on a staircase)«: From the swirl of the saxophone a sharp image arises, one of a colorful, complex dream.